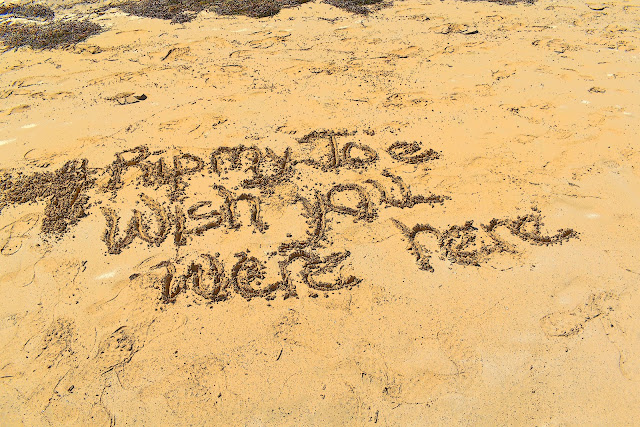 Woke up this morning with an all too familiar weight.  A heaviness that comes in waves and sits on me.  Collapsing me into seemingly a fetal position, rigid and unable to move.  I hate waking up liking this.

Just coming off a trip to the Dominican Republic, Las Terrenas, known for its scenic landscapes, white sand beaches and clear water.  For me it was the land of the beautiful beaches.  Mi Paraiso, I called it.  Stunning and breathtaking.  Seems as though no matter where I am, or where I go, I will not ever and cannot escape the precious memory of my Joseph.  Not that I will want to, ever… But even there he was in my thoughts as I compared where I was, my paradise to his.  And I will certainly take his any day.

There are just some days that the memory becomes overwhelming.  Locking me back to the day.  I wake up and the first thing I sense is his absence.  How his young and promising life was stripped away on that road.  Taken by a man that lived his…

I remember the day I was told, the phone call I received, as if it were yesterday.  It doesn’t matter how long it’s been (for anyone on this road called grief), two years, forty-five days, seven months… the day is like yesterday.  The whole scene plays over in my head as if it’s a recording, never missing a beat.  “You need to make your way back home,” the doctor told me over the phone, as I was over 800 miles away.  The anguish of knowing I needed to get to him, immediately, flooded my soul.

There’s no more video game playing late at night, as I hear him laughing with his friends through the Xbox.  There’s no singing in the shower, when I walk in the hallway near his bathroom.  His room is not messy anymore and I don’t have to tell him, “Joe, pick that stuff up off the floor.”  He left his room neat that last day, signifying even the more, he was not in a rush to work that morning.  He was on time.  For an appointment he didn’t even know he had.  Sigh.

Joseph is not in his room.  He is not home.  He is not here.  And his absence is so very present this morning.  Again.

I remember my last birthday with him, just days before the “incident.” (If only I could turn back time).  The gift he gave me, which at first, I didn’t understand and let him know.  But grateful I had the wherewithal to thank him.  I treasure that gift.  The green duffel bag he gave me, because my favorite color was green.  He knew that.

I am reminded this morning of the last words from him, as I said goodbye that Sunday night, “I love you Mom.”   And that would be all I would hear, as he was gone the following Thursday.  Joseph was funny that way, he didn’t like me checking in on him, when I was away, and so, this time, I didn’t.

I wake up and I remember every. single. detail.   And it still hurts as the reality continues to settle in.  Continues to dig its hole.  Continues to get comfortable.  This is it.  Joseph is gone and try as I might to escape, these days will always be on the horizon and I am forced to accept what I never imagined to be.

And I HATE waking up to this.