Out of the Dark Place 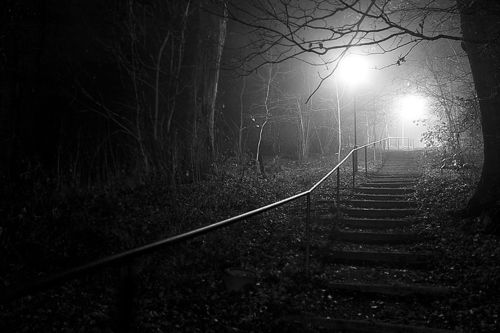 One thing about grief and suffering, is that it can cause you to lose sight of God, bringing you into a dark place, a place of hopelessness.  A place of loneliness, a place of unspeakable sadness and even deep depression.  Funny thing about dark places, not many want to join you, or are even willing to visit.  “Don’t invite me to your pity party.”  I hear; but that dark place is far more than a pity party, it’s a PIT.

I recently found myself there… in a pit, that dark place, that no one dare treads, nor even has the courage to do so.  You see it would take too much of a sacrifice.  One would have to avail themselves, avail their time, their vulnerability, in order to sit with you there.  They might have to put themselves in your shoes and feel what you feel.  A little too close for comfort for most.  Just think of Job’s friends, oh they were with him in the beginning, but when it got to be too much for them, too much to try and understand, the questions and the doubt reared their ugly heads.

You can’t blame people though.  Most are not wired that way and many cannot handle the burdens they have not been asked to bear.  So if I didn’t realize it before, this journey called grief is a solitary one, especially for those who don’t know of anyone who has taken the trip.  It’s a long one and far too often, one of silence.  But somewhere in the depths of heaven, there sits a God willing to travel with you.  Problem is, you may not always know it.  So during a recent Bible Study when our teacher was led to go out of order with a series we had just started, I finally felt like someone was trying to climb into my dark place with me.  And not only were they trying to get in there with me, they were trying to bring me out.

You see every Wednesday we have Bible Study at our church.  The “Real” Happy Hour is what God renamed it one day, because my hubby, Pastor Jeff shares truly from the heart of God, and it really does make one’s soul, happy.  Far better than any wine, any liquor could do.  Jesus is the Bread of Life.  Jesus is the Living Water and He refreshes our soul every time we ask for a drink.  But it’s not just Pastor Jeff whom God uses, the congregants all get to share in the discussion as well.  It’s a full participation class, where each one of us are allowed to ask and answer questions, as we purpose to learn Christ and encourage each other.

Every now and then, Pastor Jeff finds a teaching series and lesson handouts are issued.  Pastor Jeff began a new series a couple of weeks ago, Busyness:  Finding God in the Whirlwind, and having led Lessons One and Two, he passed the baton on to someone else, who was led to teach from Lesson 6, throwing us off course, and so I thought.

When I saw the lesson title, “Remain in Conversation with God,” I must admit, I felt a little like Sarah, who laughed when God told her she was going to have a baby.  I heard God say, “You’re coming out of that dark place” and it caused me to chuckle in my spirit, sarcastically of course.  You see to remain in conversation with God, means we have to take the time to practice His presence, which simply means checking in throughout the day, just like you would with anyone else you love.  And in my dark place, God and I were not having conversations, we were having monologues, where I would tell God my issues (and even those of others), without taking the time to listen to what He had to say about them.  A conversation is a dialogue, it’s communication back and forth between you and somebody else.  Clearly this was not what I had been having.

So we’re doing the lesson and our teacher for the night, begins to tell us about David’s whereabouts when he wrote this particular Psalm, 16.  He was in a cave, a dark place and he was praising the Lord, focusing on Who God is in spite of what he was going through.  And as I am sitting there, listening to the Lord operating through His people, I heard the Lord say again, “You’re coming out of that dark place.”

That lesson was all about David having been attacked and not wanting to die, seeking to find refuge, not really in the cave, but in God.  Some of us, as I have, go into dark places, seeking to find refuge, but we’re not focused on God, we die, involuntarily perhaps.  We never come out, instead we fall into a pit of depression, never to be the same again.  We give up the little life that remains inside of us, and sometimes we even take it ourselves, because the pain, the attack, is too hard to bear.
But God came into my dark place, as we went on with the Bible Study and others had shared what David might have been feeling and what it must have been like.  And in the midst of it all, as my own husband shared, David yet found a way to praise God.  In the cave, in his dark place, he yet had a praise in his mouth.

Following the death of our son, I have been on some kind of rollercoaster ride.  Joseph died on the 5th of June.  Whenever the end of one month and the beginning of another appears, somewhere in the middle I remember and it stirs up all kinds of emotions in me.  And while people tend to stay away from me during this time, it only makes me more mindful, as I struggle to catch my breath, remembering to breathe.  It’s an effort to do so.  Because each moment I don’t, I am drawn closer to a cave, to a dark place, desiring to hide from the attack of my emotions.

So during this Bible Study, as my sister began to share what was in her heart, she told of how when she first came to the church, just two weeks after Joseph’s death, and all the while she’s been there (8 months), when she looked at us she would wonder how we were able to go on.  She asked of the Lord, truly desiring to know.  She didn’t just feel sympathy, she wanted to feel what we felt.  She wanted to know what it was like.  She asked of the Lord, she said, “How are they able to cope?”  She said that she could not imagine the pain.  And that is when I knew she got into that cave with me, because she had been asking the Lord so much, she had been earnestly praying for us, the Lord allowed her to feel it.  And she relayed the story of how in a dream she just had less than two weeks ago, she lost her son.   And then she told of how the next day the sadness was overwhelming.  All day she felt that pain, and it was ONLY a dream!  But she understood.  And it was then, I felt the presence of God, the love of God, pull me out of my dark place.

Such a heart of compassion our God has.  Such a demonstration of love.  Seeing someone hurting so badly and caring enough to want to relate to it.  And do.   Sometimes that’s all we need.  Somebody to understand.  Who wants to understand.  That’s what I needed to bring me out.  Someone willing to go in there to me.  God knew it and He provided it.  The Word says (and I’m paraphrasing) “We do not have a High Priest who is unable to empathize with our weaknesses.” Jesus is not so far removed from us that He cannot feel what we go through.  He did and He does.

“You’re coming out of that dark place,” He said.  And to remain in conversation with Him, I say, “Oh, yes I am.”

God is good and God is real, as I continue to walk in the shadow of grief.

A servant of the Lord,
Sis. E